Libraries, Intrigue, Foxgirls in wheelchairs, Lolita style and secret societies!   That’s the at-a-glance description of Foxy and Wolfy: Chaos, a manga-style indie comic conceived and written by Kitsune Windsor.  The creator of Foxy and Wolfy took some time to talk with Anime Binge about some of the more unique aspects of the shoujou comic, as well as some anime inspirations and recommendations of his own.

Anime Binge: Let’s talk about “Foxy and Wolfy” first.  It struck me as REALLY interesting that one of the two main characters (Wolfy/Amaya) was born in Iran… can we talk about it just a little?

Kit W.:   Sure, there are a few reasons why.  One is that my prom date and friend was from Iran and experienced some of the life and everything.  Also being LGBT is very dangerous, so [I] modeled Amaya Bellerose after my friend, a strong Iranian lady.

I made Amaya come from Iran to show that they have great people.

AB:  That’s really great!  I love that the main couple are completely devoted to each other. 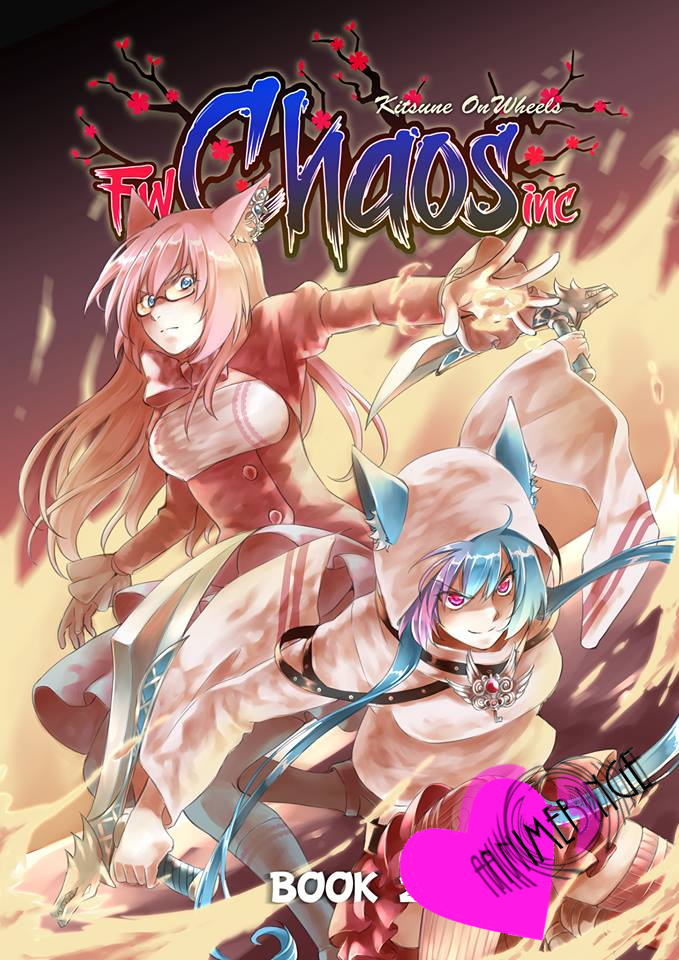 Kit W.: It plays a big part later on, the spiritual bonds

AB:  That makes sense. Actually, you have a lot of different characters with cultural ties, and two of the three main characters are wheelchair bound. It plays very naturally in the comic. How did it come about?

Kit W.: I myself have muscular dystrophy and use a wheelchair daily. Misaki represents doing your best with what you have and enjoying life.

Roza is severely disabled, but lives happily. She flirts, is smart and just a human being…

Both parts of me.  They’re meant to show disabled as just people

AB:  They really add texture – and having them both there as a part of the main trio doesn’t put all the pressure on one character to be “the girl in the wheelchair”. They’re both equally unique in their own ways.

Are there any big things happening at F & W Central?

Kit W.: Currently making book 0 to better explain our world and it will be ready Valentine’s day [2017]. Then updating book 1 and will be ready by June. Then Kickstarter for book 3 late May.

AB: Ah! Prequels are a great addition to a series.

AB: Actually, I’m going to take a second to gush a little bit. The black and white art is beautiful, but the coloring to the books so far has been really lush and amazing. Why did you (and your team members) make a decision to include a colorist with the launch? Has it been worth it?

Kit W.: Color versions are for Kickstarters and Gofundme only, we have a new colorist as the original was too busy. She’s an awesome lady.

Some prefer our b/w. 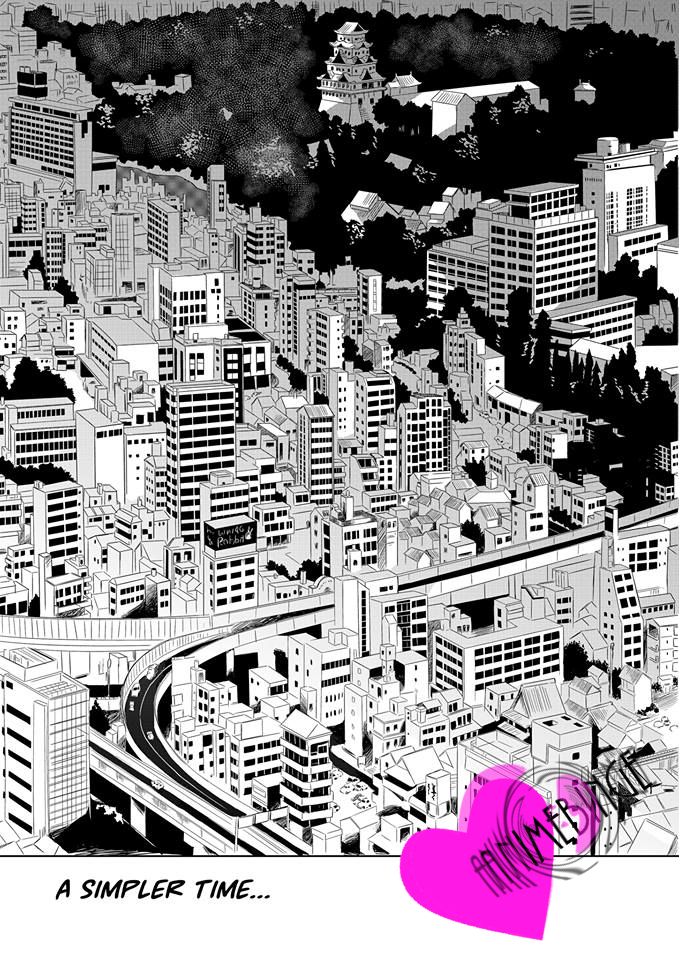 AB: I can completely understand – most Manga is exclusively in B&W, so it makes sense.

Let’s talk a little about inspiration. Foxgirls, Kitsune, and spirit stories are sprinkled throughout Japanese folklore – do you have a story or an anime that you feel influenced your team?

AB:  Ghibli is SO cool.  I can see Sailor Moon, for sure.  I’m a little surprised to hear D. Gray Man, though.

Kit W.:  See, Alan walker wanted peace so bad.  Everyone else didn’t.  Misaki started her group for peace; they pay dearly for their unpopular views one day.

AB:  It sounds like it’s going to be intense.

AB: The lush visuals and rich illustrations reminded me of Trinity Blood – are there any “vintage” shows that you’d recommend? Classics worth introducing to new would-be anime fans?

Basically, what is your “Anime Primer”?

AB:  Cowboy Bebop and Trigun were two of my first ones.

AB:  I’ll bet!  Mine was so odd I had to look it up to see if it actually existed or not – AND if they qualified as anime. (Spoiler alert: They did – Superbook and Flying House.)

AB:  Obscure can be fun.

Let’s say someone has read ALL of Foxy and Wolfy.  What would you send them to go watch while the team works on your next book?

Kit W.:  Shinsekai Yori, Madoka, Aijin, Inuyasha, Ranma, D. Gray – All of it.  F/W is about differences and racism.

AB:  It’s hard to keep a cast diverse but easy to keep them all the same.  I really appreciate that you are willing to tackle those questions with your characters.

So, last question: When I first contacted you, I was curious about a few things.  One was how your team got in touch with each other – are you a remote team, were you buddies in real life – how did it come about?

AB:  Kit, thank you again so much for taking the time to chat with me!

Kit W.:  Thanks for taking interest.